How to Learn New Skills in Life? The only skill that will be important in the 21st century is the skill of learning new skills. Everything else will become obsolete over time. – Peter Drucker

As a seasoned high achiever, Samiksha* felt at ease setting lofty objectives and accepting difficult tasks. She was well-liked in her line of work and frequently consulted her coworkers for guidance. She had been employed by the same business for a considerable amount of time and had successfully shifted between a number of different tasks throughout that period. Samiksha was intelligent, diligent, and skilled at serving as a mentor to others as they built their capacities and careers. She was then abruptly moved into a different position.

She was concerned about how she was doing and worried that she wasn’t picking up the new abilities quickly enough. She was specifically contrasting herself with other coworkers who, in Samiksha’s opinion, were quicker and more adept at executing the essential duties of the position than she was. Samiksha was concerned that she was failing her team to the extent that she thought her job would be in danger.

Any of us who have moved employment, whether it was voluntarily or as a result of a reorganisation, will be able to relate to Samiksha’s story. Most of us like the security of the familiar and the sensation of competence while performing jobs in which we have through time developed skill.

While some individuals appreciate the novelty of a fresh start or the excitement of the unknown, many of us find juggling new obligations to be particularly anxiety-inducing. Just consider the world’s wealthiest individuals. The people who are most adept at picking up new talents are the ones that constantly succeed.

The Stories of Successful Individuals

Successful people commit to investing their free time in the pursuit of knowledge (instead of vegging out in front of the television.) And they fulfil their commitment to study. In light of this, there are a plethora of interesting skills to learn like learning a new language, music, cooking etc.

This feeling of beginning anything new, according to author Tom Vanderbilt, necessitates having a “beginner’s mentality,” a term borrowed from Zen Buddhism. He contemplated the “beginner’s mentality” after trying out new activities for a year with less-than-successful outcomes in contrast to his daughter, who was learning a variety of new abilities at the same time. Because of our brain’s neuroplasticity—its capacity to remodel itself in response to new challenges—adults are still more than capable of learning new abilities, although we do so much more slowly and clumsily than children.

You may do this by imitating professionals until you find your own style and approach. According to Benjamin Franklin‘s autobiography, he taught himself how to write in this style:

I took some of the papers (from The Spectator magazine), and, making short hints of the sentiment in each sentence, laid them by a few days, and then, without looking at the book, try’d to complete the papers again, by expressing each hinted sentiment at length, and as fully as it had been expressed before, in any suitable words that should come to hand. – Benjamin Franklin

He started transforming the stories into poetry and back again after comparing his work to the originals and realising where he was falling short. This is how he improved his ability to communicate.

This kind of education may be used to master any ability, including writing, foreign language communication, and even athletics. You will identify areas that require development if you compare your work to that of specialists in your sector.

Since the world is always evolving and changing, new developments in business and society are made virtually daily. Employees or professionals may fall behind without conversion.

Consider the effect social media and virtual life have recently had on communication. It is not popular to send letters from one location to another. This kind of fundamental transformation may have a significant effect on how a company’s clients and employees see it.

The following are reasons why acquiring new skills is important.

How does learning new skills and knowledge benefit you?

For many of us, our work provides us with a fantastic opportunity for growth and development. You are inspired and motivated by your learning process. You will become aware of how much you have learnt as you reflect back on your earlier experiences.

However, the lack of development might make us feel depressed and demoralised if we feel as though our efforts aren’t helping us in any way.

The advantages of picking up new talents at work are as follows:

One significant advantage of gaining new abilities at work is the growth in knowledge. It bestows to you a fresh sensibility with which to assess. This is the process or action of learning new abilities through experience, instruction, practice, and study.

Developing new abilities will undoubtedly make you more yourself. Additionally, it will boost your self-assurance. You’ll start to feel valuable, and as a result, you’ll attempt a lot of other things that could work.

Smile Foundation has been actively involved through its e-learning education programme, STeP to train the poor and underprivileged youth in English Proficiency, Basic Computer Education and Soft Skills for enhancing their prospects of employment in the fast expanding retail, hospitality and BPO sectors. 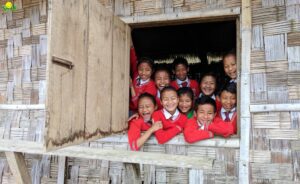