Good, Fast and Reliable Healthcare Is Our Right, and Here’s How We Can Get It Phulmati is dressed in a bright yellow sari. But its glittery embroidery doesn’t hide the anxiety on her face. As she awaits her turn to see the doctor, the 50-year-old keeps glancing at the sheet of paper in her hand.

Thankfully, she doesn’t have to wait long. Phulmati is able to meet the doctor within ten minutes of her standing in the queue in front of the mobile health van stationed in Noida’s JJ colony slums where she stays. On being told that her hypertension was under control and she should continue with the medicines advised, the smile returns to Phulmati’s face.

Now she can return to work without any worries or lose a day’s wage.

This is the essence of such ‘mobile hospitals’. In a country where the poor must routinely make the difficult choice of giving up a day’s wages to get medical treatment, quick and reliable clinics close to their residences can be true life-changers.

India has a population of 1.21 billion people, of which 833.3 million people live in rural areas, according to 2011 census. Further, about 23 per cent of the population living in major cities and towns lives in slums.

Lack of infrastructure and a cheek-by-jowl existence in urban slums means a majority of these people stay in surroundings where open drains, unhealthy drinking water, lack of sanitary toilets and waste disposal systems increase their risk to infections and disease.

Bringing doctors to their doorsteps not only ensures quality essential healthcare services to underprivileged communities but is also in keeping with India’s efforts towards achieving the sustainable development goal to promote healthy lives and wellbeing for all.

To find more about the realities of running such mobile operations, we got in touch with the Smile Foundation, whose flagship health initiative is the ‘Smile on Wheels’.

“Smile on Wheels, our mobile hospital, provides clinically advanced healthcare services free of cost to the poor and marginalised people in the urban slums and rural villages in the country. It cuts down on the out-of-pocket expenditure that often slides a family into debt,” said Sanjeev Dham, chief operating officer, Smile Foundation.

At present, 40 Smile on Wheels (SoW) mobile hospital projects are running in 17 states, reaching over 500,000 families in 800 villages.

Last year, the SoW programme provided healthcare service to over three and a half lakh (3,54,088) people living in 465 remote villages and underserved slums. Of these, 60 per cent were women.

While the need for such services in villages is obvious, urban slums have been an important focus point as well. Communities living there, mainly migrants, are at high risk of both communicable and non-communicable diseases due to poor nutrition, sanitation and hygiene.

While cities do not usually lack medical services, the high costs of private health facilities exclude a majority of slum residents. And government hospitals are so overwhelmed by the volume of patients that many are daunted by the prospect of missing out on wages because they have to spend the entire day waiting for their turn.

This is where mobile clinics, like SoW, make all the difference. The vans are equivalent to a mobile hospital, being equipped with an oxygen cylinder, nebuliser and ECG machine and are served by a doctor, female nurse and lab technicians who conduct pathological tests.

So, the community gets healthcare services without losing out on hard earned money.

And it does work. Phulmati didn’t have to waste time in travel or waiting her turn to seek healthcare services. She was served by one of Smile Foundation’s SoW. She could return to her job in a factory near her JJ colony slum, in Delhi, without having to miss a day’s work.

“I am a widow and with two children. I cannot afford to lose even a day’s wage because of my illness. I have pulled out both my sons from school and put them to work so that we can survive. Since they also give the medicines, I don’t have to worry about any expenditure. This van is a boon for me and everyone living here,” said Phulmati.

Rajendra Prasad agrees. As a vegetable vendor, he needs to be at work every day.

“Missing one day means a loss of Rs 300 at least. Since I have diabetes, I had to spend money on blood tests and medicines. Ever since the van started to come to JJ colony slum two years ago, I have saved money and time as they conduct free blood tests. I have to live with this disease my whole life. The medical van is a life saver for me,” said Prasad.

Non-communicable diseases (NCDs) like diabetes accounted for six in ten deaths in India according to the first state-level disease burden and risk factors estimate by the Indian Council for Medical Research, the Public Health Foundation of India and the Institute of Health Metrics and Evaluation released in November 2017.

It found that the share of NCDs in India in 2016 had risen to 61.8 per cent, an increase of 23.9 percentage points from 1990, underlining the need for more mobile health units.

Initially, it takes a while to get the community to access their services.

“Street plays, and community meetings were held to sensitize people on health-related issues and improve their health-seeking behaviour. Now, everyone knows when the SoW van will drive into their area. In the JJ Colony slum, all 25,000 residents know that Monday means SoW. Whether there is rain or sunshine, we get almost 70-90 patients each time. If our doctor finds that they need specialized treatment, they are referred to nearby government health facilities,” said Hitesh Kumar Choudhary, Project Coordinator, Smile on Wheels.

Besides diabetes and gastritis, most of the ailments are related to respiratory problems and cough and cold, according to Dr Amit, in charge of the mobile medical unit that visits JJ Colony among other slums. This is not surprising considering air pollution, particularly in the national capital region, had crossed permissible danger limits. In 2016, outdoor air pollution had caused 6.4 per cent of India’s DALY or total disability-adjusted life years. DALYs is a measure of both premature mortality and disability due to disease.

Improving coverage of antenatal care among pregnant women to ensure safe motherhood and elimination of maternal mortality is another area of focus.

Be it the Smile Foundation or any mobile clinic; the biggest challenge lies in the next step – ensuring their patients get due and respectful care at government facilities they have been referred to. This has not always been possible.

Developing greater rapport with the frontline health workers like the accredited social health activists (ASHAs), Anganwadi workers (AWWs) and the auxiliary nurse midwives (ANMs) in their areas of operation is helping to overcome some of these barriers.

Ultimately, all Indians have a right to health – and the faster and closer to home they get it, the better it is for them. As Smile Foundation would put it – it is a battle to bring back smiles.

(Republished from The Better India.)

To know more about Smile Foundation, please visit our website. “Empowering women is a prerequisite for creating a good nation, when women Arts and its Power to Improve Our Health

“In art, the hand can never execute anything higher than the heart 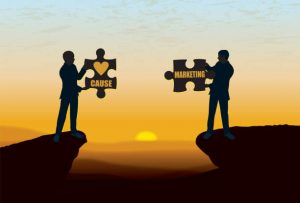