Young Donors on the rise in Online Donation in India Donation called as ‘dāna’ (read as Da-Nuh) in Sanskrit refers to the act of giving as charity. It is a practice that is existent in Indian society since ancient times and has been considered important in living a virtuous life. Not just limited to kings or wealthy people, donation as per one’s own capacity is emphasized in India as a righteous act. The primary lesson behind this practice being ‘giving back to the society and sharing your abundance with those in need’. Online Donation in India is spearheaded by its young lot.

Today India is in its most dynamic phase with the largest share of the youth population in the world. Youth population of a country is its biggest asset as they collectively determine the future course of a nation. The young population undoubtedly contributes and leads the economic development of the nation. But when this young population takes interest and actively participates in social welfare, the society is truly reformed. Given the current trend of involvement of India’s young population in philanthropic activities, our nation is surely marching on the path of glory.

India is among the countries that has embraced digitalization with open arms and it has hugely transformed the way we do things today as compared to earlier. Philanthropy, charity or engaging in a social cause is no exception to this change. With today’s youth hooked on to their digital devices and social media platform, engagement in social causes, be it through donation or volunteering is significantly affected by the online media.

According to a research paper on ‘Understanding Online Donor Behaviour’, using online platforms to generate donations from local, national and international public is becoming a popular yet inexpensive way for many human service NGOs to raise necessary funds. The impact can be outlined by the following points:

While online platform has a great potential to mobilize donations for various social causes and charity with regard to its outreach, the number of conversions or people who actually donate online are determined by numerous other factors like donors trust and perception of reputation and credibility of the platform, socio-psychological factors, influence from social networks etc.

Amidst an environment of economic and political instability on a global front, India is one of the countries which has not only stood strong but is riding aggressively on the back of economic growth. Today India is the fifth largest economy in the world. However, our country is a land of paradoxes and while on one hand the GDP has grown considerably, on the other hand the gap between the rich and poor also has widened.

Poverty, unemployment, illiteracy, social and economic inequality and gender disparity still remain major issues staring us in the face. Many non-profit and charitable organizations, commonly referred to as NGOs, are tirelessly working towards their chosen cause and supporting the government in its attempts to bring about inclusiveness in society. But in order for these NGOs to sustain and continue their operations in serving the social causes, donations play a crucial role.

The India Philanthropy Report 2022 reveals that the social sector expenditure in India has shown a significant growth in the past five years. It has grown from approximately INR 10Lakh crore to INR 17.5 lakh Crore in the above period registering an increase of 12% annually, a lion’s share of this expenditure coming from government spending. However, as per estimates by NITI Aayog, India still needs to step up its social sector funding to 13%of GDP from the current average of 7%of GDP to be able to meet its United Nations Sustainable Development Goals by year 2030.

But considering the increasing fiscal deficit and debt burdens, the government has its limitations in social sector funding. Hence the onus of pooling in funds to plug the deficit shifts to private sector. The donors in this sector include corporates (CSR spending), family philanthropists (Ultra High Net-worth individuals and High net-worth Individuals) and retail (community) giving. The India Philanthropy Report 2022 estimates total private spending to grow at approx.12% annually and predicts this growth to rise if the true potential of relevant groups in each segment is suitably harnessed.

Young Donors on the Rise

As per a report published in the Times of India, youngsters in India spend more time online in searching worthy causes than the older generation. Though the actual donations made by younger population in terms of value still lag behind that by their older generation; the fact that the youngsters are more inclined towards social causes and take an active interest in it presents a hopeful situation for the society.

This report also reveals that the age group of the population bracket, who donate maximum money to charity, has come down compared to what it was a decade ago and this trend is expected to continue. According to the Charities Aid Foundation (CAF), the youth in India are not only desirous of contributing towards social causes but are also result oriented which is reflected by a rising trend of “planned-giving” in young India. The youngsters today are pledging their support for causes beyond religion like donation for poor children or supporting education and skill development through funds and voluntary services.

How to Motivate People to Donate

Unlike the older generation who are more of cause givers and committed givers, already aware of which cause they want to support; the younger generation is still looking for the social causes which appeal to them. They also believe in doing a thorough research to find the best way to donate money in India, so that their money is put to proper use.

Donating to NGOs who work for the cause which appeals to you is a smart way to partner in the process of social change. However, it is pertinent to ensure the credibility and authenticity of the NGO you choose to donate to. Hence, it also becomes the shared responsibility of the NGOs to reach out to their potential donors by putting out transparent information about their activities in public space. This would help the donors make an informed choice and might also translate to long-term commitment to the cause and association between the donor and the NGO.

Further, as to how to encourage people to donate, credible NGOs employ methods like:

Finally, it is with the healthy association of government and civil society that positive social change can be possible and impactful in India. Know more about Smile Foundation and its relentless efforts towards changing the lived experience of many under-privileged children, women and the youth. 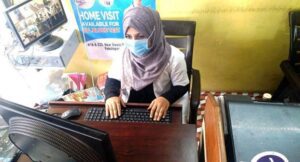